Exploring the Effects of Lifestyle Modifications on Fertility in PCOS

An interesting article from EndocrinologyAdvisor.com on the positive impact that diet and excercise have on infertility for women with PCOS. 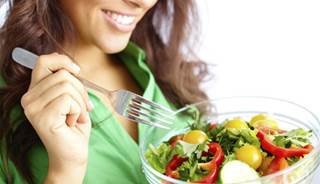 According to the Office on Women’s Health, 1 in 10 to 1 in 20 women of childbearing age in the United States has polycystic ovary syndrome (PCOS).1 In addition to being the most common female endocrinopathy, this spectrum disorder is also a leading cause of infertility in women.1, 2, 3PCOS is commonly characterized by chronic anovulation and features of hyperandrogenism. Researchers are exploring various treatment options in their quest to improve fertility in women with PCOS desiring to have children.3

Fertility issues in women often result from ovulatory complications.1 Scientists recognize that many factors may contribute to fertility, but treating those complications in women with infertility who have PCOS remains challenging. Working with the patient to incorporate lifestyle modifications like weight loss may be beneficial.

“Addressing the initial weight phenotype that we see in PCOS in the United States is associated with a better outcome,” said Ismary O. DeCastro, MD, of Endocrinology Associates in Savannah, Georgia.

Still, specific data supporting dietary changes are limited. “We don’t have very well-designed trials to say that leafy greens . . . would promote fertility,” Dr DeCastro said. “However, if we can decrease inflammation in the body, we are promoting a [more encouraging environment for conception to occur].”

Can Weight Loss Improve Fertility in Women With PCOS?

Although the actual data supporting the benefit of lifestyle modifications like weight loss and dietary adjustments remain limited, a 2015 study published in the Journal of Clinical Endocrinology & Metabolism showed that ovulation rates improved in women with PCOS who had lost weight.2

All participants were overweight, with body mass index (BMI) ranging from 27 kg/m2 to 42 kg/m2. Participants were aged 18 to 40 years and had no other major medical conditions aside from PCOS or contraindications to sibutramine or oral contraception. Additionally, all participants had ovulatory dysfunction noted by signs of hyperandrogenism and/or the characterization of a polycystic ovary on a transvaginal ultrasound.

Lifestyle modification included caloric intake restriction to 1200 to 2000 calories per day depending on the participants’ weight, with participants weighing 120 lb to 170 lb receiving 1200 calories per day and women weighing 250 lb to 300 lb receiving 2000 calories per day. Caloric meal content included at least 15% derived from protein, less than 30% from fat, and the remaining calories coming from carbohydrates. Those in the modification group also exercised 5 days a week, beginning at 10 minutes a day and eventually increasing to 30 minutes to 35 minutes a day for 5 days a week during a 4-month period.

Women then underwent standard ovulation induction with clomiphene citrate and timed intercourse for 4 cycles after the preconception intervention.

Investigators found that women in the modified lifestyle and combined groups experienced a significant loss of both weight and body fat in comparison with those in the OCP group (P<.00001). Researchers also noted decreases in hirsutism (P < .01) and anti-Mullerian hormone (P<.05) along with other signs of androgen excess in both the OCP and combined groups.

However, the data also showed that women in the OCP group had higher triglycerides (P=.006) and higher glucose levels during the 2-hour oral glucose tolerance test (P<.05) compared with women in the lifestyle or combined intervention groups.

The researchers terminated the study because of the similarity in live birth rates between the lifestyle and combined groups. Upon further analysis, Dr Legro and colleagues observed that “[a]dditional study would not lead to the ability to detect the difference [they] had hypothesized.”

Although preconception weight loss proved beneficial for the women with PCOS, William Gibbons, MD, professor of obstetrics and gynecology at Baylor College of Medicine in Houston, Texas, explained that new research has indicated that weight loss does not prove as beneficial for overweight women who do not have PCOS.

Dr DeCastro recommends goal-directed therapy employing a fertility approach coupled with insulin sensitivity. “When we do goal-centered patient recommendations . . . I will take into consideration meal planning,” she said. “I will not focus on weight loss. If you have someone effectively trying to become pregnant, and you want to improve their outcome or chances of becoming pregnant, I work with a dietitian.”

Despite the challenges in treating PCOS, Dr DeCastro remains optimistic. “The fact that we have social media and other recognition of these disorders [makes us] able to identify them earlier,” she said. “The earlier you start to catch things and intervene, a lot of times, the better the outcome, and this is mainly on observation. A lot of the trials collected [on PCOS] are retrospective and don’t look prospectively.”

Dr Gibbons believes that improving outcomes in PCOS requires a lifelong commitment. “You could make the argument that for the routine PCOS patients — a little overweight, absent cycles, family history of diabetes, etc — PCOS is [an extremely] mild form of diabetes,” he said. “These women, as they head into their 50s, are more likely to have overt type 2 diabetes. Preventative care, exercise, weight loss, etc [are important. Someone with an elevated HbA1c may have a lifelong benefit from preventative care because of elevated androgens, lipids, cholesterol, [and] increased cardiovascular disease.”

"I have no doubt that IRA was the difference in not only being able to finally conceive but also enjoy such an easy pregnancy!"
Amanda
More Testimonials